Most organisations have approached Brexit on a reactive basis over the past 18 months. While we have seen an increase in the number of organisations preparing and rolling out a Brexit plan towards the end of 2018, many of these plans only address larger challenges within the business. An often overlooked aspect is how the organisation will adapt its procurement and contracting procedures to address the uncertainty of Brexit. This is particularly important where organisations are entering into long term arrangements while also trying to retain the need for flexibility and adaptiveness to face the unknown.

As we begin 2019, every organisation should examine their contracting arrangements and prepare an action plan to help ensure they are best placed to react in a responsive manner to market forces impacting on their commercial relationships.

The most successful programmes are those which commence with a clear plan and structure in place. Putting in place an action plan with dedicated work flow processes and responsibilities, will allow organisations to focus efforts on addressing and mitigating the most important risk areas for their business. This plan can then be updated and adapted in real time as more insight into the manner and effects of the exit by the UK becomes apparent.

The Anatomy of an Action Plan

Any Brexit action plan focus on contracting should look at two distinct areas:

In terms of existing commercial arrangements, the plan should focus on criteria which allow for categorisation in line with a risk based approach. This will allow the most critical aspects of the business that will be affected to be identified quickly and resources prioritised in those areas. The following list will often be considered relevant, although this can vary depending on the nature of the organisation’s business and sector specific concerns:

Once the most relevant relationships have been identified, the existing contractual arrangements should be examined and options prepared to deal with the high priority vendors. These can range from seeking to re-negotiate key aspects to identifying whether there are alternative suppliers available and lead-in times for migrating part of the ‘at risk’ supply to an unaffected supplier. It may also involve examining whether the organisation has an ability to terminate the agreement at short notice if needed and how an exit management might operate.

While existing contractual arrangements will often be the primary focus, organisations should also consider future arrangements with third parties to protect against the more medium and long term effects of Brexit. This is most commonly approached in the form of a ‘Brexit Clause’ and while we have seen a variety of these added to contracts over the past two years, they often focus on the wrong issues and do not adequately address the most important risks for the business.

Typically, a common Brexit clause will trigger upon a specific event, such as the UK formally leaving the EU and this will cause a period of negotiation between the parties. The difficultly with this approach is that it focuses on the cause rather than the effect and can also potentially act as a double edged sword by inadvertently allowing an exit option for the third party. Instead, an effective Brexit clause should focus on the specific affects which the business is seeking to mitigate and build the trigger mechanism accordingly.

We are beginning to see a trend of Brexit clauses focused on specific and tailored trigger events such as material restrictions to the free movement of goods or persons (which can impact on service levels and/or delivery times) and also issues such as currency fluctuations beyond a certain identified threshold. The key factor is that these recent clauses focus more precisely on the specific issues which will affect the business and allow for a flexible solution.

In addition, many Brexit clauses are also now introducing a more detailed resolution procedure, similar to how an escalated dispute resolution procedure might operate. This will typically allow for a clear path of negotiation at a senior level in each organisation and then introduce the involvement of an independent expert or mediator to resolve any outstanding issues, all within a prescribed time frame at each step. Where the use of an expert or mediator is considered, it is important that there is a specific question or issue for them to resolve based on general guidelines or criteria in the contract. Purely commercial issues, such as those around price fluctuation will be difficult to resolve without some overarching guiding principles or reference points in the agreement.

From a contracting and procurement perspective, 2018 will long be remembered as the year of the GDPR and it is likely that 2019 will similarly be remembered as being the year of Brexit. Despite the uncertainty that currently exists, now is the time for organisations to begin preparing and rolling out a plan to ensure that they are not locked into key commercial arrangements on a long term basis on what could become unfavourable terms once the effects of Brexit start becoming apparent.

Having a clear approach in place, and a willingness to engage on these issues over the coming weeks and months, will allow organisations to focus on the areas that are most likely to impact their business and help to minimise any souring of the relationship with key vendors. 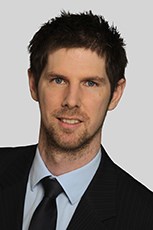